My research focuses on understanding situational, behavioral and cognitive challenges faced by leaders seeking to create lasting value for stakeholders. In the private and social sectors, how do leaders create or destroy value for customers, employees, and shareholders? What mechanisms tend to help or hurt strategic alignment, customer experience, employee engagement, problem-solving power, leadership development, knowledge transfer, and/or risk management? In the public sector, what mechanisms tend to shift investments of time and resources from short-term political survival and toward long-term improvements to how decisions are made and services delivered?

I am founder and CEO of a consulting firm, Noble Partners Consulting, which helps organizations transform their talent system to increase the quantity and quality of leaders available to pursue strategic priorities. We do this by designing and enhancing partnerships for leaders. These partnerships integrate leadership development and succession planning into day-to-day operations.​

I am also the founder of a non-profit, the Noble Partners Institute. Our mission is to re-unite our country, two leaders at a time. Our vision is to structure partnerships that push opposing political leaders to treat one another how they would want to be treated, whether at the city, county, state or federal levels of government.

I was previously an Engagement Manager with McKinsey in the Washington, D.C. office. At McKinsey, I served regulatory agencies, criminal justice organizations, insurance companies, and banks, working with both private and public sector organizations.

Prior to McKinsey, I taught Behavioral Economics and Political Economy in the Economics graduate program at New York University.

5. “Trust in the Executive: Requiring Consensus and Turn-Taking in the Experimental Lab,” with Michael Weintraub, Daniel Houser, and Shuwen Li. 2018. Journal of Peace Research 55: 609-624​. 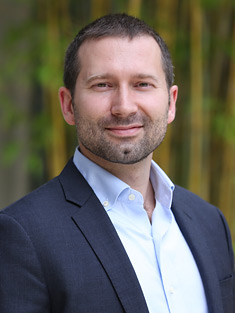