Political Interference and Crowding Out in Bank Lending
Forthcoming, Journal of Financial Intermediation
Abstract: I provide novel evidence on a real cost of political interference on banks. Analyzing staggered state elections in India, I show that politically motivated increased bank lending to farmers before elections crowds out lending to manufacturing firms. These lending distortions are larger where farmers have more political weight and where incumbents have more influence over banks. Reduced bank credit forces manufacturing firms to use up cash reserves, cut production, and operate at lower factor utilization. Overall, my results suggest that preferential lending to politically important sectors can lead to costly crowding-out of real activity in other productive sectors.

Prime (Information) Brokerage
with Kevin Mullally, Sugata Ray and Yuehua Tang
Forthcoming, Journal of Financial Economics
– 2018 WFA, 2019 AFA, 2017 CQA Academic Competition (First Prize)
Abstract: We show that hedge funds gain an information advantage from their prime broker banks regarding the banks’ corporate borrowers. The connected hedge funds make abnormally large trades in the stocks of borrowing firms prior to loan announcements, and these trades outperform other trades. The outperformance is particularly strong for trades of hedge funds that have high revenue potential for prime broker banks. These informed trades appear to be based on information not just about the loan itself but also about firms’ fundamentals such as future earnings. Finally, we find evidence suggesting that equity analysts inside the banks are one potential conduit of information transfer.

The Decline of Secured Debt
with Efraim Benmelech and Raghuram Rajan
Abstract: We document a steady decline in the share of secured debt issued (as a fraction of total debt) in the United States over the twentieth century, with some pickup in this century. Superimposed on this secular trend, the share of secured debt issued is countercyclical. The secular decline in secured debt issuance seems to result from creditors acquiring greater confidence over time that the priority of their debt claims will be respected and they will be repaid without the need for security up front. Borrowers also do not seem to want to lose financial and operational flexibility by giving security up front. Instead, security is given on a contingent basis – when a firm approaches distress. Similar arguments explain why debt is more likely to be secured in the down phase of a cycle than in the up phase, thus accounting for the cyclicality of secured debt share.

How did the Big Banks Grow Bigger? [Manuscript available upon request]
with Indraneel Chakraborty and Mark Flannery
– 2017 CICF
Abstract: Conventional wisdom holds that big banks have grown by mergers. We investigate the growth in large banks by expanding the time period to include the last two decades. We find that deposit growth has been fueled half by mergers and half by faster organic growth. While the importance of mergers is expected, this paper documents faster organic growth of large banks, especially after the crisis, despite recent efforts to control the size of systemically important financial institutions. Deposit concentration at the hands of a few large banks has important consequences for competition in the local deposit market. We show that large banks do not respond to competition in the local deposit market through their deposit rates, but do respond to the presence of other large banks. Consequently, the significant growth of a few large banks on the national scale has made them less responsive to competition in the local deposit market, thereby having adverse effects on consumer welfare. 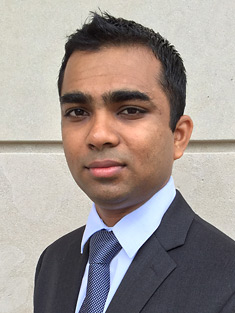